WHEN YOUR PATIENCE RUNS OUT AND YOU STILL GOT TIME... (Part 2)

January 07, 2017
Click here to catch up with the story from the previous post She had blocked him out of Whatsapp and imo, deleted his phone number; he on the other hand had (un-friend) her on Facebook, un-followed and deleted her photos on Instagram and Airtipp, he also deleted her photos from his tablet but could not deleted the ones in his laptop; he refused to delete them because he still had hope. He was heartbroken yet he still loves her, he wished that all this was just a joke, even the joy of a miracle that occurred to him on the same day she broke up with him could not overwhelm his broken fragile heart. Days later he started sneaking in and out of her wall on facebook to see any new post from her and to find out what she is currently doing but could not find anything other than previous posts. He has had sleepless nights, he has tried to forget about her but he couldn’t, he wouldn’t want to call her because hearing her voice in this kind of mood would kill him the more. He though
Post a Comment
Read more

WHEN YOUR PATIENCE RUNS OUT AND YOU STILL GOT TIME

January 05, 2017
He had known her since they were children, they attended the same secondary school, they were the same age but he was 3 weeks older, they grew up in the same neighbourhood and they separated when they grew up. After several years they came across each other in a church in the neighbourhood where they grew, he was the assistant to coordinator in that church and she was a new convert who was convicted by the Holy Spirit and brought back to grace. She was not so strong in faith but he was and he became her strength, he groomed her in faith until she became strong but not very strong like him. She had enjoyed life before returning to her childhood neighbourhood church, moving from one man to another, buying the kind of things she needed and living big. She came to know God more in this church and became a changed person but after one year eight months she slipped back to the world because of challenges. She did more despicable things than before she became a Christian, and when he
Post a Comment
Read more

January 04, 2017
Pst Iyke Oyeka (Ingathering Foundation) WHAT IS THE COW IN YOUR LIFE? A MUST READ FOR ONLY THOSE WHO INTEND TO SUCCEED IN 2017. Once upon a time in a far away land, there lived a Chinese wise man and his disciple. One day in their travels, they saw a hut in the distance. As they approached they realized that it was occupied in spite of its extremely poor appearance. In that desolate place where there were no crops and no trees, a man lived with his wife, three young children and a thin, tired cow. Since they were hungry and thirsty, the wise man and his disciple stopped for a few hours and were well received. At one point, the wise man asked: “This is a very poor place, far away from anything. How do you survive?” “You see that cow? That’s what keeps us going,” said the head of the family. “She gives us milk, some of it we drink and some we make into cheese. When there is extra, we go into the city and exchange the milk and cheese for other types of food. That’s how w
Post a Comment
Read more

January 03, 2017
Some people dream of success... while others wake up and work hard at it. Mike Zuckerberg Last year may have been one of the toughest years in this nation, a lot of people lost their means of lively hood, some lost their well paid jobs, some were demoted and salaries cut short, some business lost so much money on investments due to high exchange rates, some business were caught in fire incidents, some people were duped by individuals and ponzi schemes who were leveraging on the economic recession in the nation.  All these are not reasons enough to give up and not try in 2017. I have never seen a man who has not failed at one point in time in life. To fail is good but to remain there is failure. Winston Churchill said something that struck me “Success is walking from failure to failure with no loss of enthusiasm”, this means that even if I lost my job last year, my business was caught in the fire, I lost money to a ponzi scheme, I lost money on international investments due to
Post a Comment
Read more

NEW YEAR MESSAGE TO ALL CHRISTIANS FROM REV KHOBYS

January 01, 2017
Shalom to Christians all over the world, I want to say happy New Year for making it into this year. I want us to know that the year is like a race and everyone has started running since 12:00am in your country time. There are 3 categories of people in every race, first are those who will not finish the race, second are those who will finish but will not receive a prize, and third are those who will finish and receive a prize.  The question is which category would you belong to the year? It’s a matter of choice. God told me that this is the year of NEW HEIGHT for the Christians all over the world but it is dependent on our faithfulness. He said to me that this year 2017 “Your Faithfulness Determines Your Fruitfulness”, he also said that our relationship with him this year will determine how far we will go. God said to me for us to make it this year it is dependent on these 4 keys: Christ in you: The bible says Christ in us the hope of glory (Col 1:27); Christ in us this year
Post a Comment
Read more
More posts 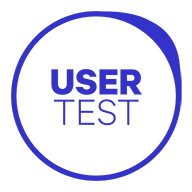 Get paid as a webtester now 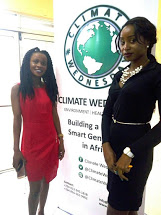